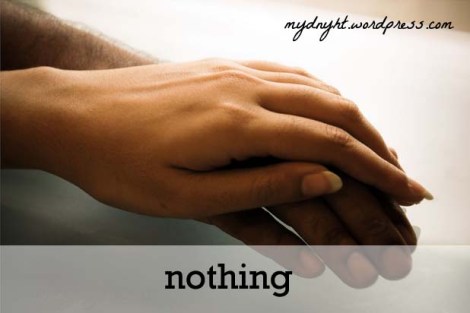 Lately my therapy appointments have consisted of talk therapy and trying to get me signed up for a local clubhouse. In mental health circles, clubhouses provide support, activities, and employment for people with mental health concerns who qualify. During our last appointment, I mentioned to my therapist that I had been triggered by something I had seen on TV. I am highly triggered by having my genitalia touched or even seeing someone’s genitalia being touched by someone else. I had been watching an episode of the National Geographic show “Taboo”, and while there wasn’t anything explicit or graphic since it’s a cable show, it was implied that a “sex guru” was touching the genitalia of one of his clients (a fellow “sex guru”). I ended up turning off the TV. I couldn’t handle it. My therapist asked if I would be comfortable working with this trigger in our next EMDR session, and I said yes. I would be happy to see this particular trigger go.

The other night, I was reflecting on this while laying in bed. I was wondering if, perhaps since this is such a strong trigger, I would end up having some kind of flashback or breakthrough in therapy or directly after this particular EMDR session. That catty, negative little voice in my head immediately responded with:

“No, because it’s unlikely something happened.”

And that got me thinking… what if nothing happened?

I feel like this is a topic I’ve explored on this blog many, many times. I thought I was molested (something I remembered), people told me “no, that’s not sexual abuse”, then I thought I might have a repressed memory on top of that, but outside of an incredibly triggering and difficult month, no memories have yet to surface. I have no idea if I have any right to identify myself as a survivor of childhood sexual abuse. I’ve seen psych papers that detail the phenomenon of repressed memories, and apparently if you have a traumatic event in your past that is never dealt with properly or that nobody validates, it is possible to subconsciously develop symptoms of a repressed memory – it’s your psyche’s way of garnering attention for something people have been ignoring. I know that, given the science and given the conversations I had with people I know about the histories of the person(s) I suspect of having molested me, that it’s not unusual and certainly not my fault that I would develop symptoms of a repressed memory. But it still haunts me. Almost four years later, it still haunts me. How likely is it, really, that something happened? The answer varies depending on who I talk to and what kind of training in psychotherapy and experience in sexual health and trauma they’ve had. Is it pointless for me to continue with EMDR in therapy if there’s “nothing wrong”? If I do have PTSD (which, I was recently diagnosed with), then what is the traumatic event that caused it? Can you have PTSD without being able to identify a single traumatic event it could stem from? I mean, I can think of plenty of traumatic things from my childhood – or, rather, things I think were traumatic, even if they wouldn’t affect anyone else in the same way. If you touch my backside, I react very violently and am massively triggered. I don’t even kneel in church or walk around the house naked because the feeling of my exposed backside is triggering and more than I can bear. I have nightmares, both about the incident I do remember that some people say isn’t sexual abuse, and about what I think happened where I can feel the molestation occurring. Given all that, how can it be nothing? This is the question I continually ask myself. But the longer it takes to have an exposed memory, the more I doubt myself. The less people are willing to talk with me about what happened, the more I question my fears.

What if nothing happened?

Do I deserve to identify as a survivor?

Am I “lying”? Am I ruining people’s lives by “accusing” them of molestation and sexual abuse? Should I stop trying to speak up about it?

And I still don’t know.